Bridging the gap with adversaries 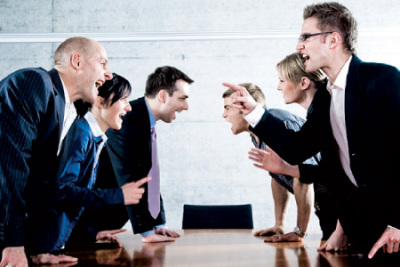 Nobody is perfect, we are all humans and we tend to get “pissed” at each other often. Also, like all superheroes, we get to find nemesis/mortal enemies as we grow older. Like I said, we are all humans and it would be rather inhumane of us to say we do not have that one person we don’t get along with and vice versa. A regular occurrence in the corporate world in situations where we have to break bread with these set of people. Seat in meetings with colleagues promoted over you.

Let’s teach you a little secret on how to make that person like you and you, them.

The Ben Franklin effect;
Behavioral Psychologist have known about this effect for decades now: it survives on the benefits of using favors to make people learn to like you and you, them.

In his memoir, In 1737, Benjamin Franklin was re-appointed as a clerk of the General Assembly. “When I was again proposed, a new member made a long speech against me, in order to favor some other candidate,” Franklin wrote in his memoir, walloping me with unearned nostalgia for a time when barrel-bellied politicians shat on each other in long, well-composed speeches instead of manic tweets sent from gilded tubs.

The member was, Franklin wrote, “a gentleman of fortune and education, with talents that were likely to give him, in time, great influence in the House, which, indeed, afterward happened.” He was arrogant, but he was an arrogant politician with power. Franklin wrote to him. He didn’t acknowledge the slight to his person; he just asked him if he could borrow a rare book from his collection. The man sent the book over, and Franklin returned it a week later with a thank-you note. “When we next met in the House,” Franklin wrote, “he spoke to me (which he had never done before), and with great civility; and he ever after manifested a readiness to serve me on all occasions, so that we became great friends, and our friendship continued to his death.”

Note that Franklin picked an interesting favor to ask “A book”. Which his adversary had a library of; he had picked an interest which made the adversary think twice about his position with Benjamin. So it’s not just asking for “any” favor but for one that you know, they are interested in.

This is just one side of the coin; on the flip side, you can also use favors to persuade yourself that you actually like someone: By doing a favor for someone you dislike, you can trick your brain into reacting positively to that person.

These two methods are based on cognitive dissonance; the state of having inconsistent thoughts, beliefs, or attitudes, especially as relating to behavioral decisions and attitude change.

Hence; “By doing a favor for someone you dislike, you can trick your brain into reacting positively to that person.”

The flip side to the theory might be a little bit confusing in practice because of the dynamics of the power plays.

There is a loophole in this effect, however; it online applies to relationships between peers. As it might come off as condescending or servile. Therefore, it is expedient that you trade favors outside your professional hierarchy.

There is also another loophole to this (Trust me, this is the last one) “If somebody is really narcissistic, it’s very difficult for them to see any favor that somebody does for them as anything but a sign of how absolutely wonderful they are”