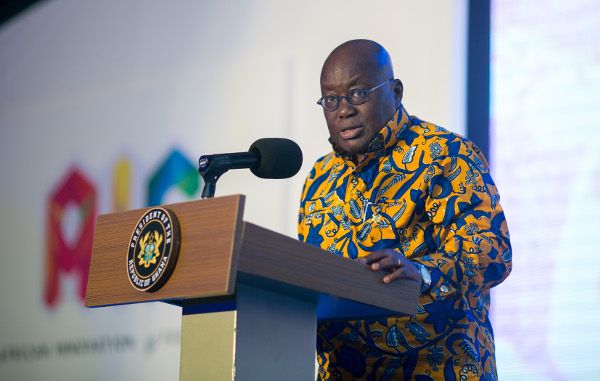 In a time where Nations of the world are gradually shutting down physical operations and literally going virtual, the president of one of Africa’s regional power—Ghana—President Nana Akufo-Addo has taken a stand that has left a number of people in disarray and many more wondering if it was the right move.

President Akufo-Addo announced the lifting of restrictions in a televised address late on Sunday, April 20, 2020, saying the decision was taken “in view of our ability to undertake aggressive contact tracing of infected people, the enhancement of our capacity to test, the expansion in the numbers of our treatment and isolation centres”.
“This decision to restrict movement has occasioned a number of severe difficulties for all of us across the country, especially for the poor and vulnerable,” he said.
Ghana has recorded a 1000+ infection cases and this decision by the presidency, though effective in its two biggest cities—Accra and Kumasi—has left its citizens with mixed feelings. The implication of this is not far fetched, non-essential businesses have begun operations from the early hours of Monday, April 20, 2020 and many more people would be allowed to move freely, with the wearing of face masks being encouraged. However, there is still a ban on large gatherings and schools.
The President said in an address to the nation that he was concerned with the “severe impact on the poor and vulnerable”. A president that listens some would say and many more have reiterated.

Accra, Ghana
This makes Ghana, the first country in Africa to ease its lockdown at a time others such as Zimbabwe and Nigeria have extended theirs. Last week, a high court blocked Malawi’s lockdown hours before it was due to come into force because of concerns the restriction on movement could cause more harm to the poorest in society than the virus.
In recent weeks African governments have been criticized for replicating the coronavirus prevention strategies of wealthier countries without taking into account key differences and the need to adapt to the local environment. Former Liberian public works minister and a Center for Global Development fellow, W. Gyude Moore has advised African governments to consider more flexible strategies such as curfews instead of total lockdowns, which acknowledge that large swathes of the population rely on daily trade for survival.
Aside from the lockdown, Ghana has made aggressive testing of suspected cases central to its coronavirus response. “We have, till date, traced some 86,000 contacts, out of which we have test results of 68,591 contacts…We are ranked number one in Africa in [the] administering of tests per million people,” president Akufo-Addo said.
Rigorous testing in Ghana has so far helped identify 1,042 cases of the coronavirus, with nine deaths and 99 recoveries. At the end of March when the lockdown came into effect, it had confirmed only 161 cases. This rise in cases had many expecting the announcement of an extension of the lockdown not its end.
User-uploaded image: testing-coro.jpg
The government’s handling of the coronavirus has largely received public and bipartisan support. However, this might be changing as for the first time, the leading opposition party is no longer in favor of the government’s latest action.
“Many health experts continue to suggest the necessity and appropriateness of an extension of the restrictions on movement,” said former president John Mahama, who is seeking to return to power after December’s general elections, in a tweet an hour before the current president’s broadcast.
By banking on its testing and isolation capacity, the government has placed its confidence in the public’s adherence to social distancing and hygiene protocols to ride out the coronavirus storm.
But skeptics are asking, is Ghana just a controlled experiment for what might evidently begin to ensue in other African countries?